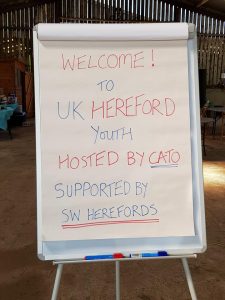 Cato Poll hosted the third UK Hereford Youth workshop on Saturday 5 May at Cheddarmarsh Farm, which was supported by the South Western Hereford Association.

27 young people of varying ages attended the event and were very ably marshalled by Emma Smith of UK Hereford Youth, alongside a number of enthusiastic parents, who enjoyed good weather and an excellent range of activities during the day.

Jonathan and Rosemary Moorhouse welcomed the group with tea and coffee, and the youngsters were taught how to dress and clip animals, before taking a break for a BBQ in the sun, during which they took part in a feed identification test and a ‘guess the weight of the bull’.

After lunch, the Hereford Youth members had a demonstration on stock judging and showing etiquette, followed by stock handling, which was carried out in competency groups and was a great opportunity for the more advanced members to demonstrate their skills.

“We had a great day here in Stogumber and are proud to have been part of an event that encourages youngsters to learn about stockmanship and showing cattle,” said Jonathan Moorhouse.  These events take place across the UK, but it was great to see some up and coming Hereford Youth in the South West.  If this is the quality of people coming through then our herds will be in good hands in the future.”  Jonathan praised his team of helpers and farm staff, without whom the day would not have been possible. 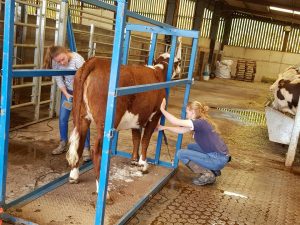 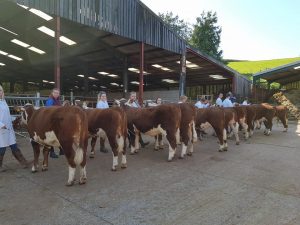 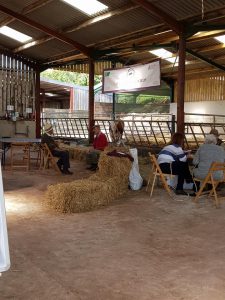 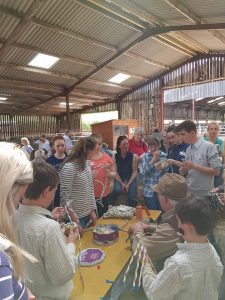 Speaking about the day, Alan Gifford, Master Judge said: “Everyone displayed some ability, with overall standard being high; making my task a difficult one!”